Pirate and Parrot on virtual tour

A Pirate so small and a Parrot so tall, it’s a wonder they ever met.

Performers and comedians, Gareth Berliner and Kiruna Stamell are fed up in isolation, so they take to the high seas telling tales of lovable rogue characters, Cutlass Kate Pirate and Henry Livingstone Parrot. Filmed in their kitchen, on a mobile phone, these salty-sweet stories will entertain children and adults alike.

More fun than a barrel of fish. 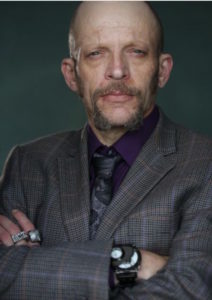 Gareth Berliner is a Stand-up Comedian and Actor. Gareth became a professional comedian

in 2005 peforming both across the UK and Europe as well as internationally.

He became a professional actor in 2014 starting with Pirate and Parrot and then made his first TV appearance in Coronation Street, the worlds longest running Soap Opera, as Macca Hibbs.

He has since appeared as a recurring character in Coronation Street as well as appearing in Dr Who, The Bastard Executioner and Eastenders.

Kiruna is currently in ‘lockdown’ in Birmingham and is very proud to call the city home.

She had just completed a season on the West End stage performing in The Jamie Lloyd Company’s production of Cyrano de Bergerac. This followed a very exciting production of ‘Them’ starring Kiruna in the lead for the National Theatre of Scotland.

Kiruna is recognisable as the Head Abbess at the Vatican in HBO’s ‘The New Pope’. And to Australian 5 years and under they’ll know her as a ‘Play School’ presenter on the Australian series.

Kiruna has been performing across the UK in theatre in both classic and contemporary plays for over 10 years. She has starred as Anna in the Olivier-Award-nominated production ‘The Government Inspector’. And performed at the National Theatre in London three times, including: ‘Everyman’, Directed by Rufus Norris, Written by Carol Ann Duffy, Movement by Javier De Frutos and Chiwetel Ejiofor in the title role; Tim Crouch’s ‘ An Oak Tree’ and Richard Bean’s ‘Great Britain’, which marked her West End debut.

Kiruna’s film and television credits include:

Filmed and Edited by Gareth Berliner and Kiruna Stamell